the all-too-in-depth article about pecans

How Pecans are Grown

Pecans grow on trees.  These pecan trees grow naturally in “groves” but are also planted in rows in orchards.  It takes at least seven years for a new pecan tree to start producing pecans.  Once they get started, though, they can produce for over 100 years!

While we think of pecans as nuts, pecans are actually not nuts!  How nuts is that?  Pecans are actually fruit.  More specifically, the pecan is a drupe.  A drupe is generally called a “stone fruit” because a drupe has an outer fleshy part and an inner “stone” or pit.  Other stone fruits include peaches, apricots, cherries, plums, and even coffee.

While the pecan may be a drupe and not truly a nut, there are other drupes we also consider as nuts.  These include almonds, hickory nuts, pistachios and walnuts.

Pecans are native to the southern United States and to Northern Mexico.  According to the U.S. Pecan Growers Council, America produces up to 300 million pounds of pecans every year.  That amounts to 80% of the world’s supply.  Edible pecans are grown in Alabama, Arkansas, Arizona, California, Florida, Georgia, Kansas, Louisiana, Missouri, Mississippi, North Carolina, New Mexico, Oklahoma, South Carolina and Texas.  Georgia, New Mexico and Texas grow the most pecans.

After the pecan tree is 7-10 years old, it will begin to produce fruit each year.  The pecan trees sprout and bud from December to March.  In the late fall, the pecans reach their peak growth.

The pecan growers shake the trees vigorously, to get the fruit to release from the branches.  While this can be done by hand, commercial growers use a hydraulic shaker to get the pecans to drop.  The harvest begins about the time that the pecans start dropping from the trees naturally.

Once the pecans are on the ground, the growers collect them with sweepers.  The pecans are loaded on dump trailers for transport to the sorting facility.

After machines separate the pecans from the debris, real actual humans sort the pecans.  From there, the pecans go to a shelling plant for cleaning and drying.  The moisture level is important so that shells crack correctly during the shelling process.  Some pecans have to be soaked to regain moisture while others must be dried.  From there, in commercial operations, the pecan shells are cracked by machine, then shells are removed by machine. 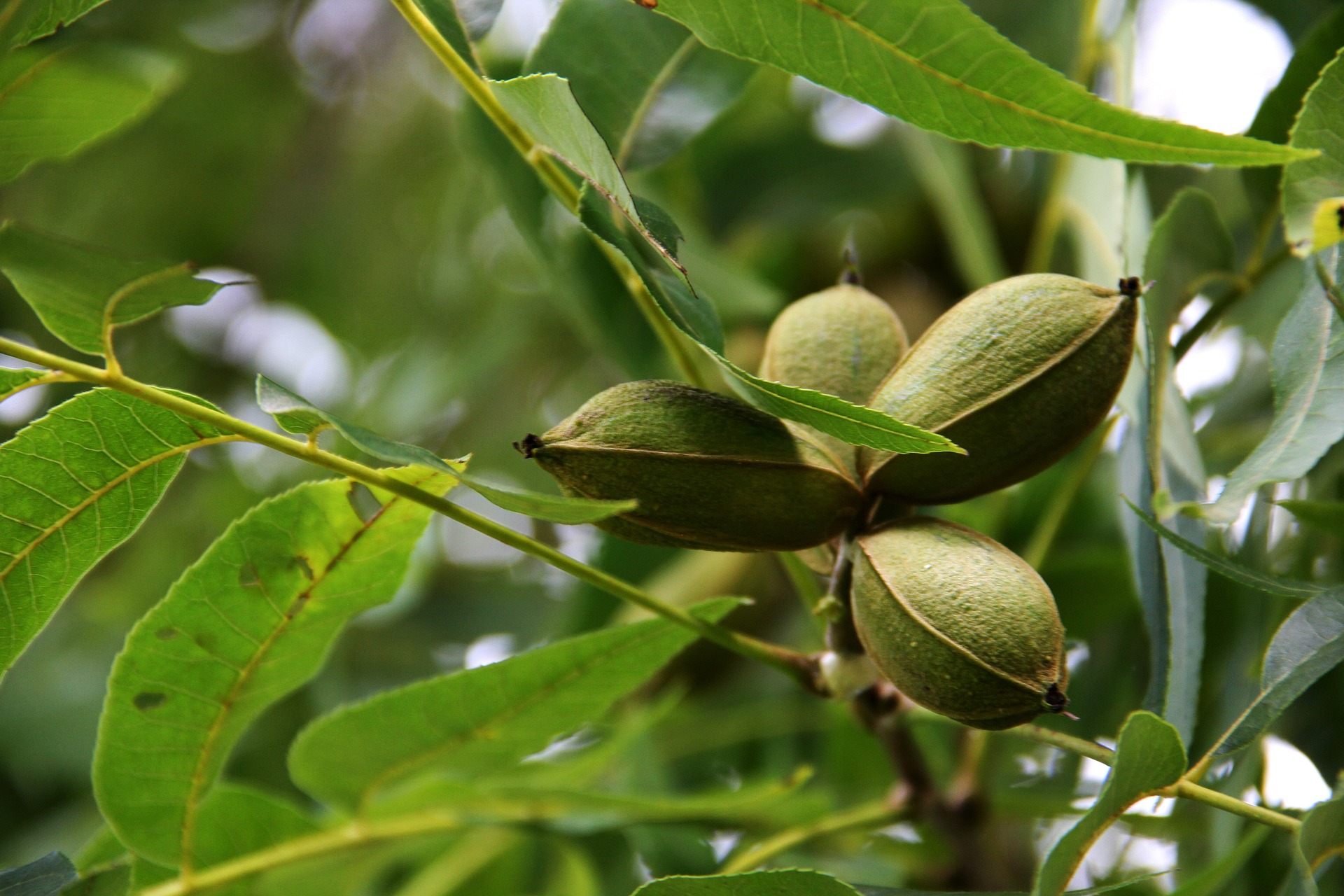 These Nuts Are NUTritious

After a Harvard study completed in 2013 involving 120,000 participants, Dr. Frank Hu, professor of nutrition and epidemiology at the Harvard T.H. Chan School of Public Health stated: “[. . .] people who ate nuts every day lived longer, healthier lives than people who didn’t eat nuts.” This study spanned 30 years and found that “nut eaters were less likely to die of cancer, heart disease, and respiratory disease than those who didn’t eat nuts. Over all, they were 20% less likely to have died during the course of the study. Moreover, the effect was ‘dose-related.’ In other words, the more nuts they ate, the lower their risk.”

In another study, reported March 7, 2017 in the Journal of the American Medical Association, researches at the Tufts Friedman School of Nutrition Science and Policy reported a correlation between Americans’ eating habits and risk of heart disease, stroke and type 2 diabetes.  This new study suggests that low nut consumption (less than 1.5 oz per week) was associated with 8% of deaths.

What Makes Pecans Good for Us?

The Georgia Pecan Commission has a fantastic Pecan Nutrition Fact Sheet.  According to the fact sheet, Pecans are “rich in monounsaturated fatty acids like oleic acid and an excellent source of phenolic antioxidants. Regular addition of pecan nuts in the diet helps to decrease total cholesterol as well as LDL (bad cholesterol) and increases HDL (good cholesterol) levels in the blood.”  In fact, pecans are designated as “heart-healthy” by the American Heart Association.

But wait, there’s more!  According to Good Housekeeping, “Pecans provide phytonutrients, plant-based compounds that have powerful antioxidant benefits. They’re also a good source of the mineral zinc, crucial for immune-cell development and function. Diets high in zinc are linked with a lower risk of many diseases, particularly those related to age and lifestyle. What’s more, eating ellagic acid-containing foods — an antioxidant found in pecans — is associated with a reduced risk of some cancers.”  The article goes on, “According to the USDA, pecans have more flavonoids — a type of antioxidant found mostly in veggies and fruit — than any other tree nut. People who eat diets high in flavonoids are less likely to develop chronic diseases, such as heart disease, diabetes, some cancers, and cognitive decline. Plus, a 2016 study found a possible connection between flavonoids and weight maintenance.”

The Good Housekeeping article also reports that pecans may actually help with weight loss.  That’s right, weight loss!  Even though pecans contain lots of fat, it’s the type of fat that can make you feel full while boosting heart health.

Still not convinced that pecans are healthy?  Foodsforbetterhealth.com notes that components of pecans lower the risk of strokes (vitamin E) and the risk of breast and colon cancer (oleic acid).  Other components in pecans may promote bone and teeth health (calcium and phosphorous), strengthen the immune system (manganese), improve skin health (vitamins A and E, folate, phosphorus, and iron).

For the full listing of pecan nutrition data, visit the U.S. Department of Agriculture’s FoodData Central. 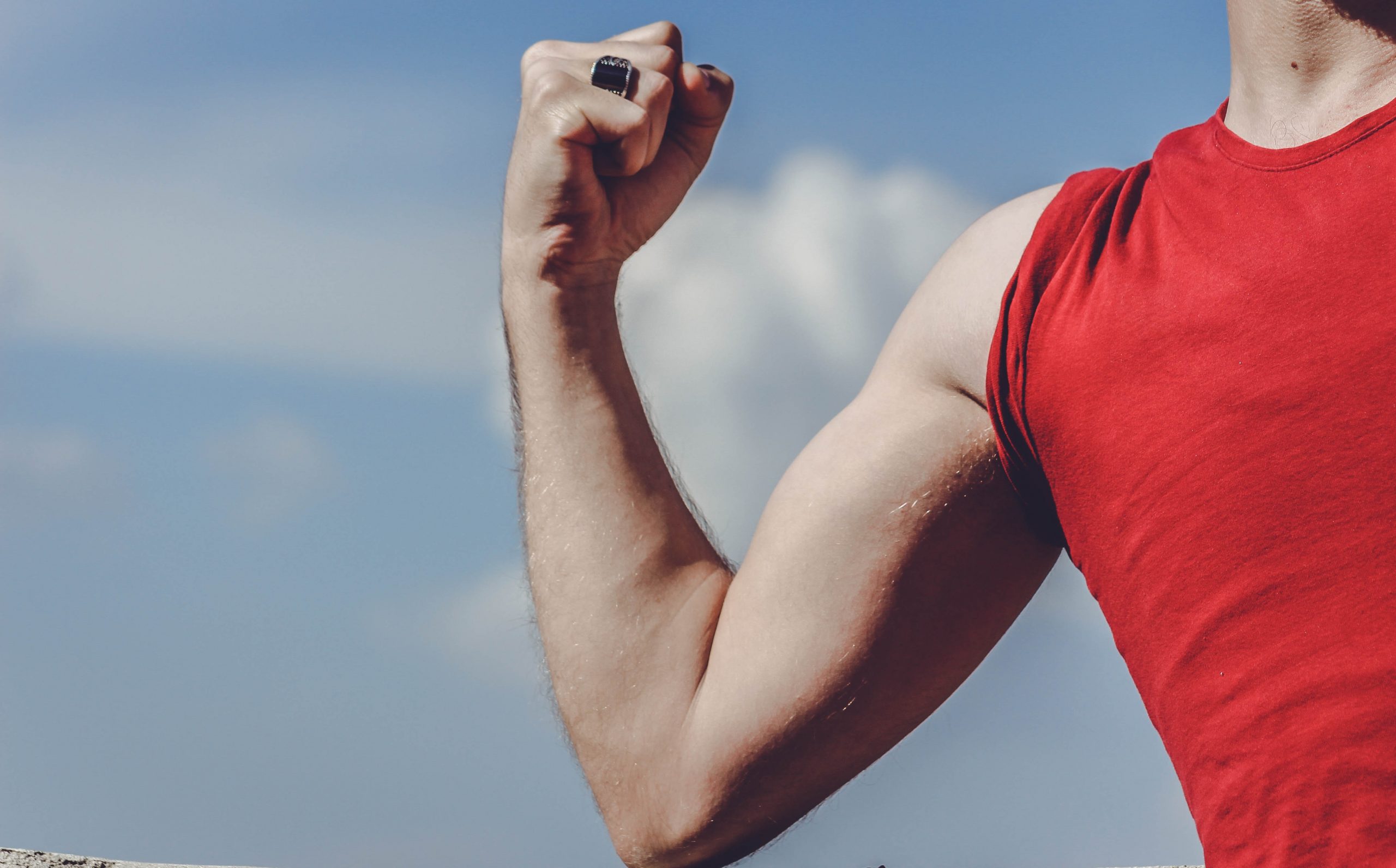 This pecan roasting recipe is provided by the American Pecan Council, and we know they know what they’re talking about.  This roasted pecans recipe on Epicurious.com is very similar, but suggests a roasting temperature of 325 degrees instead of 300 degrees.

If you want those candied roasted pecans like you get at the fair, check out this highly rated recipe on Allrecipes.com.

Note the difference between “roasting” and “toasting” nuts.  Roasting is cooking the nut all the way through, while toasting is browning the outside.  Most people want their pecans roasted, not toasted.

Here is the highest rated pecan pie recipe on Allrecipes.com.

Other Recipes with Pecans

How about baklava?  This recipe is by the Pioneer Woman and there’s another over on Allrecipes.com with nearly 2,300 reviews!

Pecan sticky buns are insanely delicious for breakfast and brunch.  You have to check out this recipe for Ooey-Gooey Cinnamon Buns over on Allrecipes.com.

German chocolate cake uses pecans, and this recipe gets great reviews on Allrecipes.com. 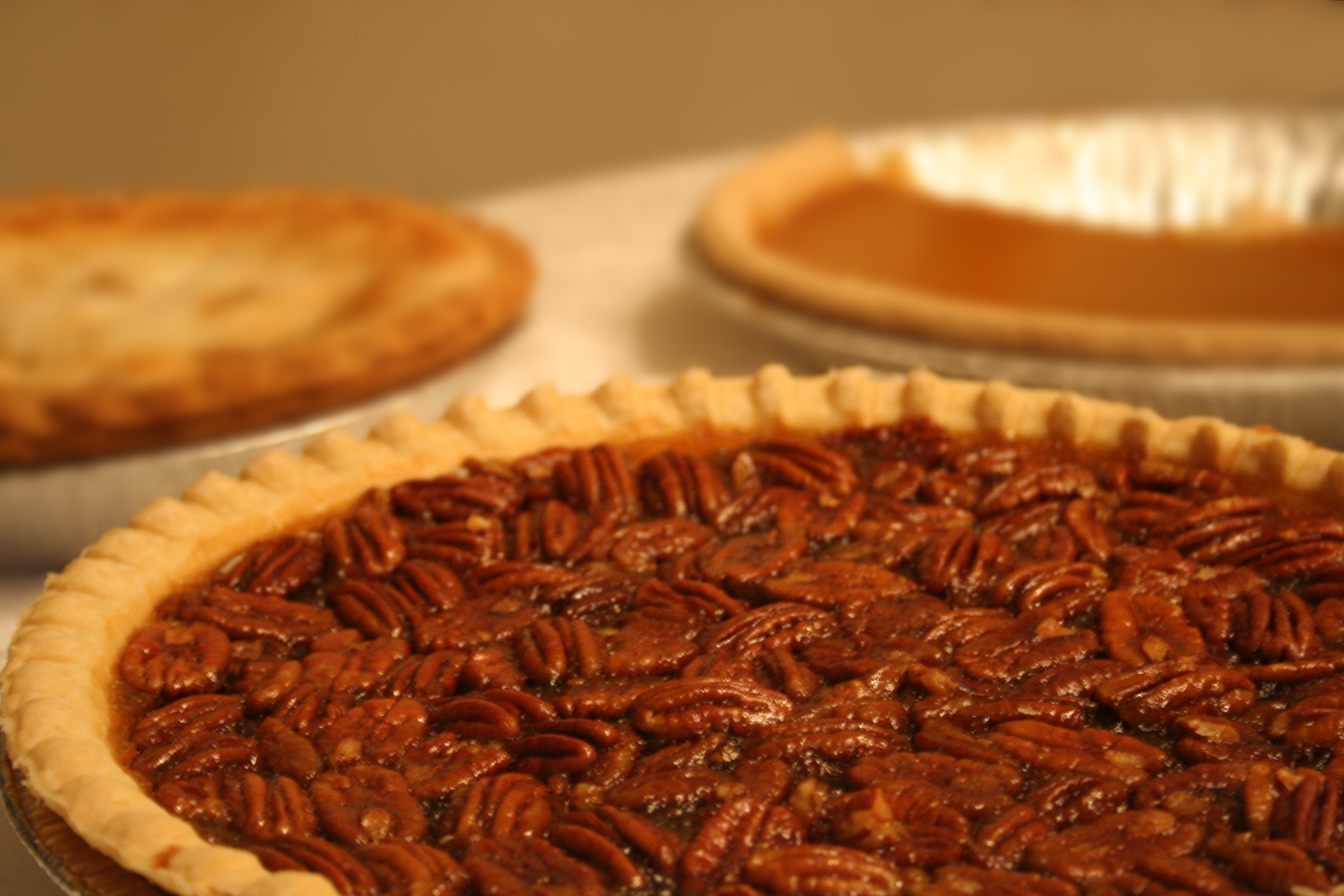 If you’re looking for raw pecans, here are some of the best on Amazon:

If you want those candied roasted pecans like you get at the fair, check out this highly rated recipe on Allrecipes.com.

Buy Pecans Locally, If You Can!

If you’re in Georgia, you’re in the right place for pecans.  Reviewers on Tripadvisor.com loved visiting Lane Southern Orchards.

In Texas, Tripadvisor.com reviewers liked Fredericksburg Pecan Company.  We’ve personally been to this store.  The town of Fredericksburg is great in and of itself, and this store is a real gem for pecan lovers. 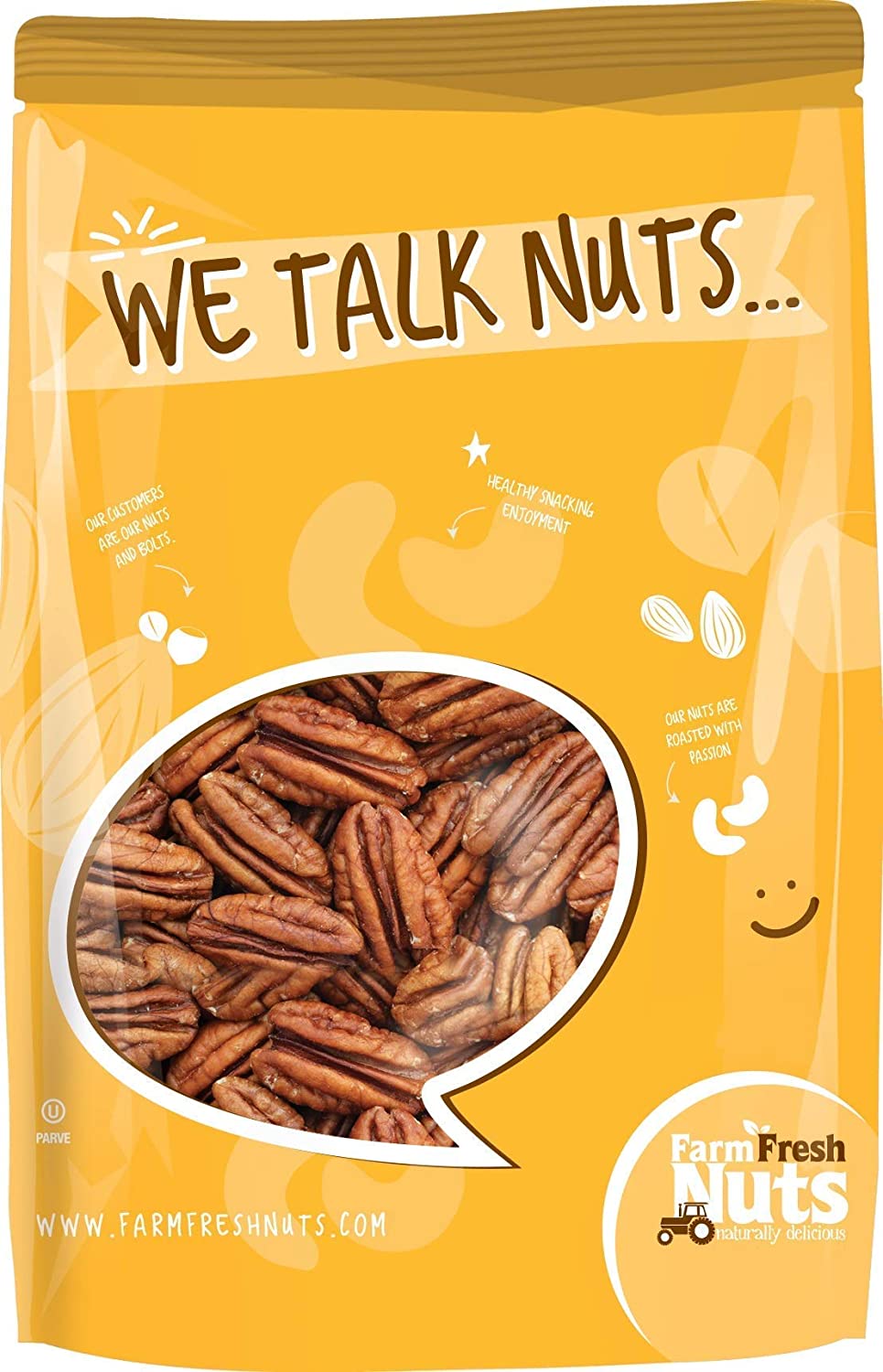 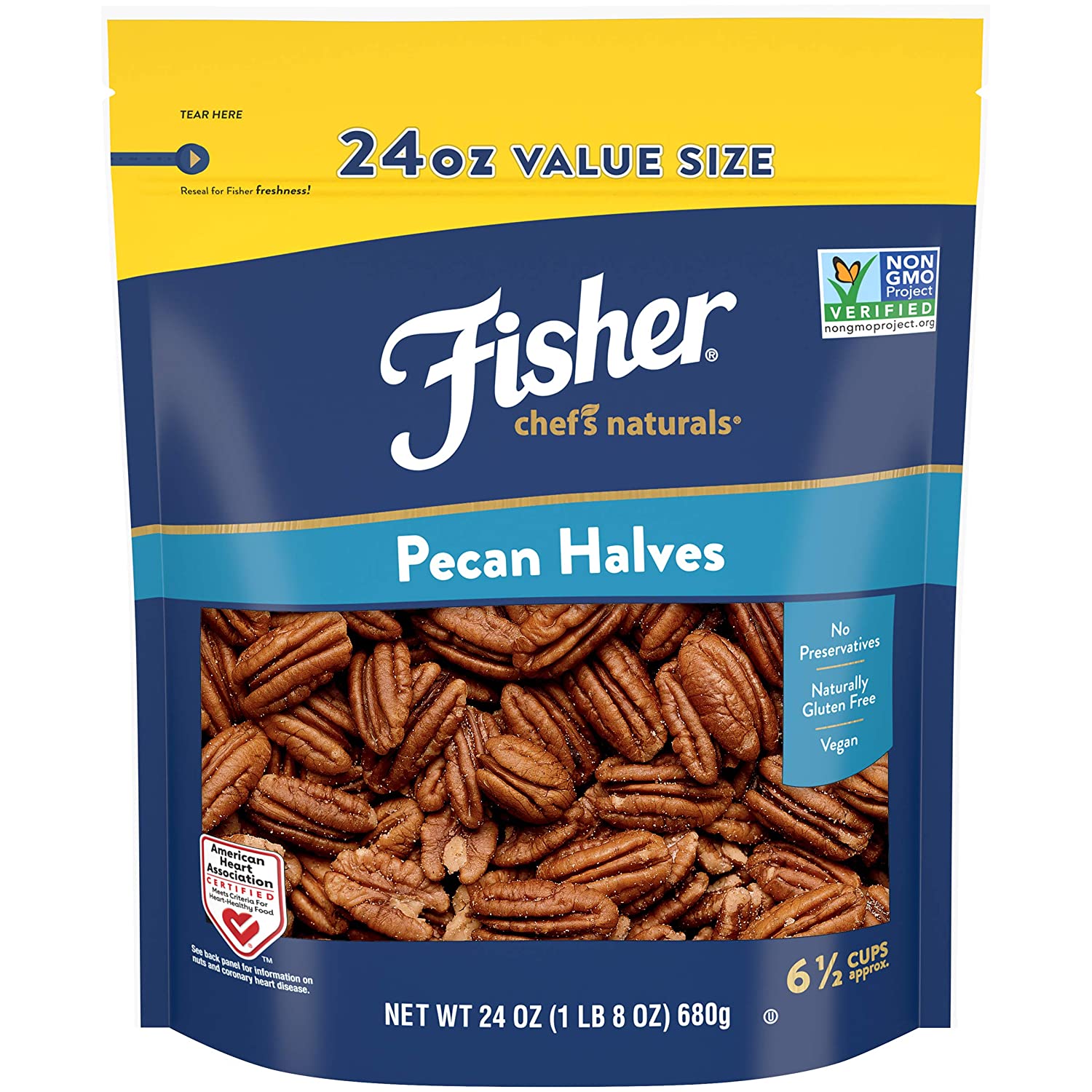 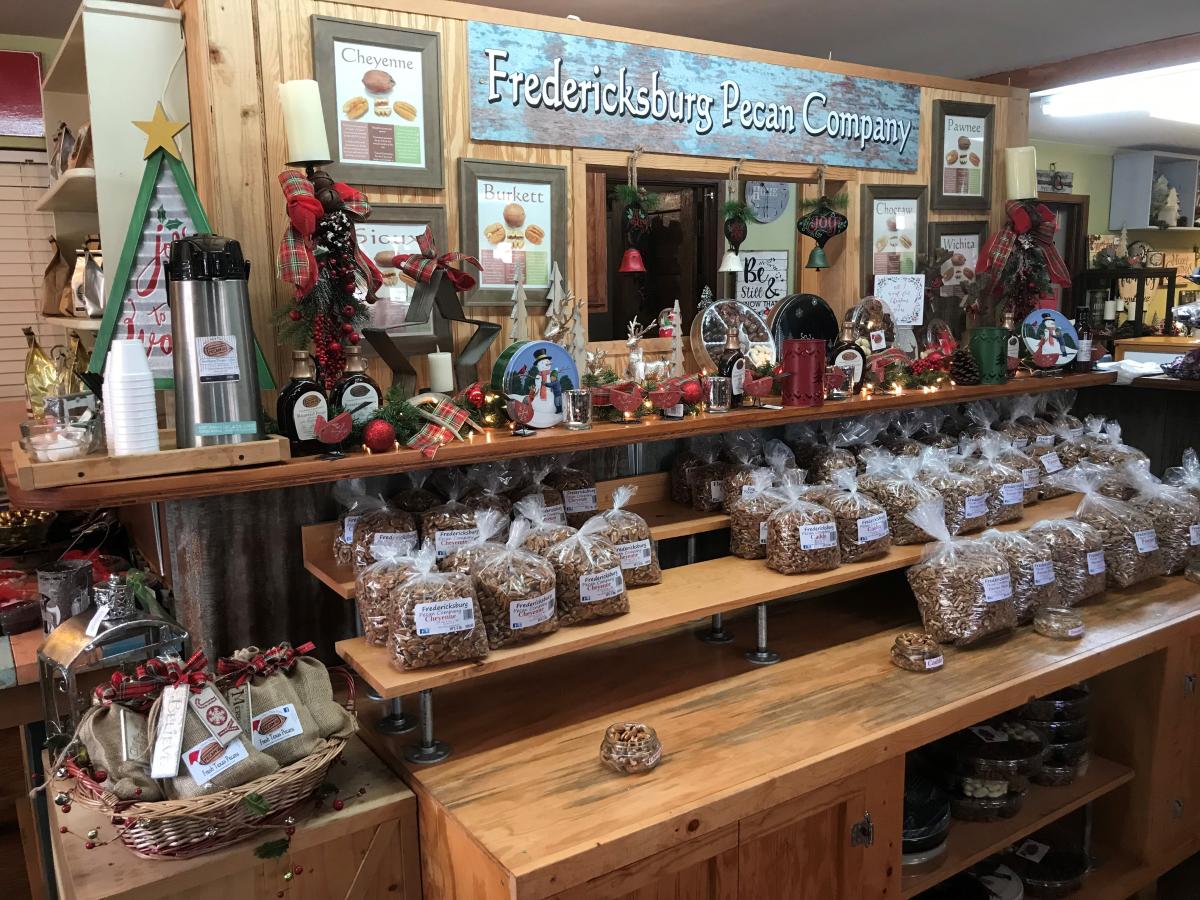 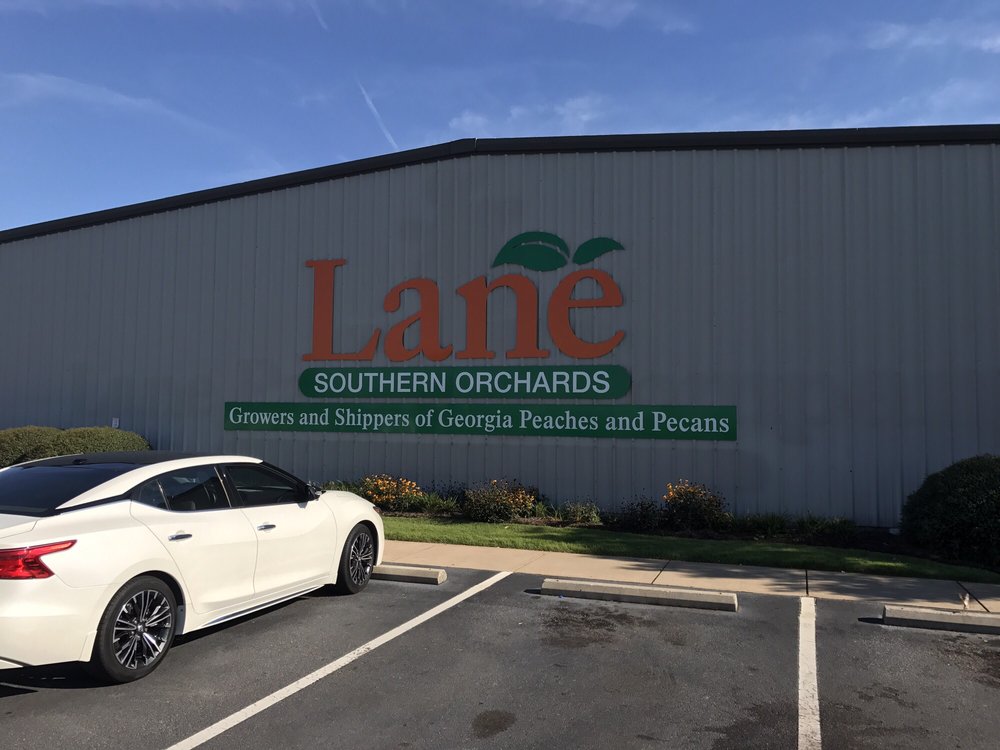 shutt’s nuts says they’re tasty and good for you